Sometimes the truth hurts. When certain men have power, they misuse it sometimes to satisfy their desires. The desire to eliminate any source of pain or hurt. This is the situation certain journalists and media persons found themselves when, in trying to do their job they stepped on powerful toes that eventually made a mince meat of them. This is a story of Nigeria and the powers that be.

A prominent example is the story of Dele Giwa, the co-founder of Newswatch magazine who was reknowned for speaking against the ills of the government back in the 1980s. He was prolific in his writing and vocally spoke out against the tyranny of the military regime led by General Ibrahim Babangida at that time.

Dele was eventually assassinated under gruesome circumstances. His entire torso was completely blown away by an explosive that was delivered to him in his Adeniyi Jones address in Ikeja, Lagos. There are various reasons out there as to why he was killed though it still remains largely unsolved as no persons were convicted of the heinous crime till date.

However, it is an established fact that he was not wanted around by a group persons who were concerned over his relentless efforts in exposing wrong-doing in the corridors of power.

Sumonu Oladele “Baines” Giwa (popularly known as Dele Giwa) was born on 16 March 1947 in Ile-Ife, Osun State. Dele Giwa had his higher education in the United States at the Brooklyn College in 1977 and later enrolled for a graduate programme at Fordham University.

He later worked as a News Assistant with New York Times before returning to Nigeria where he gained footing in Nigerian journalism by plying his trade with the National Concord and Daily Times till 1984 when he co-founded Newswatch, an investigative magazine alongside Ray Ekpu, Yakubu Mohammed and Dan Agbese.

According to Wikipedia, in an off-the-record interview with airport journalists, Lt. Col. A.K. Togun, the Deputy Director of the State Security Service(SSS) had claimed that on the 9th of October Dele Giwa and Alex Ibru had organised a media parley for media executives and the newly created SSS.

Togun claimed that it was at this meeting that the SSS and the media executives reached a secret censorship agreement. Under this agreement, the media was to report any story with potential to embarrass the government to the SSS before they tried to publish same.

According to Giwa’s neighbour and colleague, Ray Ekpu, on 16 October 1986, Giwa had been questioned over the telephone by Col Halilu Akilu of the Directorate of Military Intelligence (DMI) over an allegation that Dele had been heard speaking to some people about arms importation.

SSS officials reportedly summoned Giwa to their headquarters again on 16 October 1986, and on the next day Ekpu accompanied him to the SSS headquarters for the interview. Lt. Col Togun accused Giwa and Newswatch of planning to write the “other side” of the story on Ebitu Ukiwe who was removed as Chief of the General staff, to General Babangida.

Togun also accused Giwa plotting with the Nigeria Labour Congress, NLC, the Academic Staff Union of Universities, ASUU, and students to carry out a socialist revolution.

The above story is the official account of what transpired between the government and Dele Giwa. However a certain conspiracy theory has it that he was killed by General IBB because he was set to expose Gloria Okon to the world.

Gloria Okon whose real name was Chinyere was a lady who was arrested in 1985 at the Aminu Kano International airport on suspicion of drug smuggling. Soon after, the it was alleged that she had died in custody, the government subsequently constituted a commission of inquiry to investigate the matter.

The theory goes on that Babangida spirited Okon out of detention to the United Kingdom, sold the public the ruse of a dead Gloria Okon and that Dele Giwa happened upon Okon on a trip to the UK where she told him her story. The story goes on that armed with this information, Giwa tried to blackmail the now Military President, Ibrahim Babangida and this was why he was killed.

In 2009, Professor Taiyemiwo Ogunade made startling revelations when he insisted that Dele Giwa was killed because he was in possession of a tape containing Mamman Vatsa’s testimony before the military tribunal. Who was Vasta? Vasta was a military officer that was tried and sentenced to death for planning a phantom coup against IBB.

However before that he had given a 4-hour testimony recorded on tape to the military tribunal which detailed how the Babangida regime was operating and his knowledge of the workings of IBB’s mind. Ogundade revealed that he had a copy of this tape which he ‘loaned’ to Giwa. He surmised that Giwa may have gone ahead to play this tape to the hearing of Babangida’s men and may have gotten assassinated as a result.

Bottomline is Dele Giwa, a foremost journalist was shut up because he had certain ‘truths’ that could have brought the Nigerian government at that time to their knees. This is true power. True power lies in speaking the truth without fear or favour. Many other journalists have been shut up over the years.

The 2017 report on the Global Impunity index ranks Nigeria 11th on a global scale where journalists have been killed with complete impunity in the past decade using indicators adopted by the Committee to Protect Journalists CPJ.For this index, CPJ examined journalist murder that occurred between September 1, 2007, and August 31, 2017, that has remained unsolved.

“Only those nations with five or more unsolved cases are included on this index. CPJ defines murder as a deliberate attack against a specific journalist in relation to the victim’s work,” the report said. 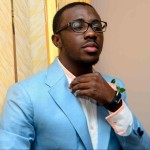 1 thought on “Pressmen killed for speaking the truth in Nigeria: The Dele Giwa story”